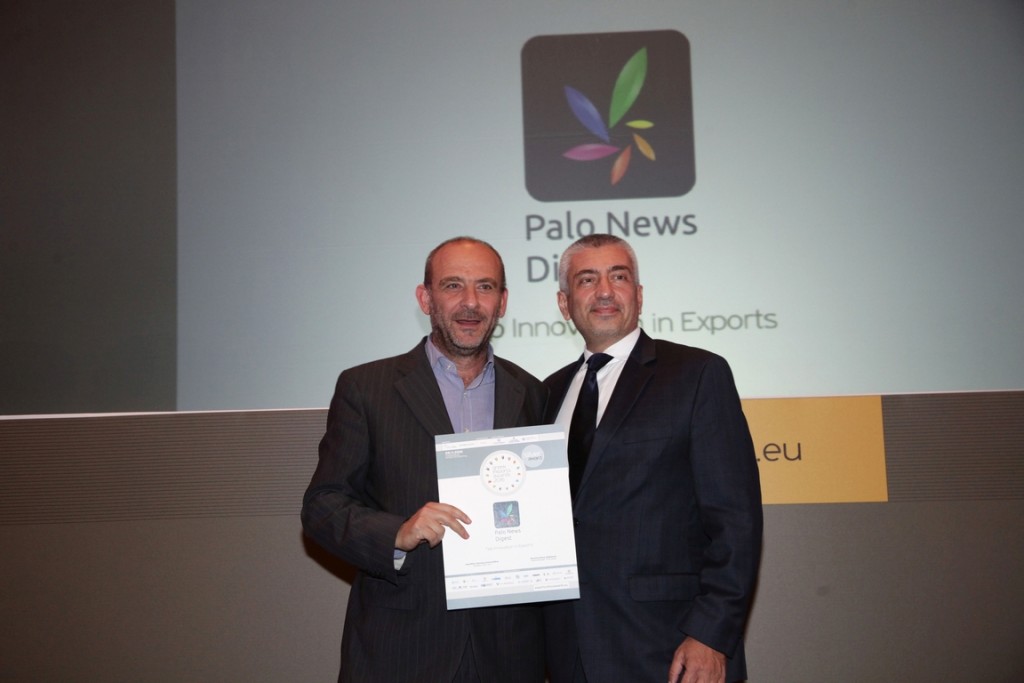 The Greek Exports Awards was organised by the Union of Diplomatic Employees of Economic & Commercial Affairs (UDE ECA)  in cooperation with Ethos Media S.A. and Hrima – a financial and investment magazine – and it was also widely attended by professionals from throughout the exports sector.

After the granting ceremony, the Founder and CEO of Paloservices Mr. Panagiotis Tsantilas stated: “I want to thank all my colleagues for the excellent cooperation we have had to create an innovative information tool, such as the Palo News Digest. This Prize and the EBGE 2016, Mobile Excellence Awards 2016 prizes are a reward for our efforts. The Digest is gaining new users fanatics, who declare excited and therefore give us the highest rating in the Android ratings among all the news applications in Greece. The great response of Greek audience gave us the strength to develop the application in four other countries and to continue its growth and development.”

Palo News Digest offers instant access to all the news from 1,400 sites and 10.000 blogs easily, quickly and concisely on the mobile phone screen, wherever the user is located!

The new app provides the user with four basic choices:

The mobile application is freely provided to smartphones users on the App Store and the Google Play. The app is available in five countries, namely in Greece, Cyprus, Romania, Turkey and Serbia.

Copyright 2020 Palo Ltd
Back to Top